We go back in time for #BringYourDogToWorkDay | TeamDogs

Bring Your Dog To Work Day this Friday (June 25) might have a little less resonance this year after many months of enforced work-from-home regulations for many of us.

In fact when coronavirus restrictions do lift, the idea of being encouraged back to the office without our pet sleeping at our feet and forcing us out on lunchtime walkies might be too much to bear.

While having a national pet at work day only officially began in the UK in 2014, we’ve delved back into the TeamDogs archives and found a host of dogs who spent plenty of time in the office long before it was a hashtag…

Susan was a mixed-breed dog who not only got to work in an office - she lived there too. And she was such a talented pup that she even learned to collect the mail from the postman each morning and deliver it to the correct office in the block at 7 Bruce Grove in Tottenham, London. A Daily Mirror photographer in 1953 captured her at work. 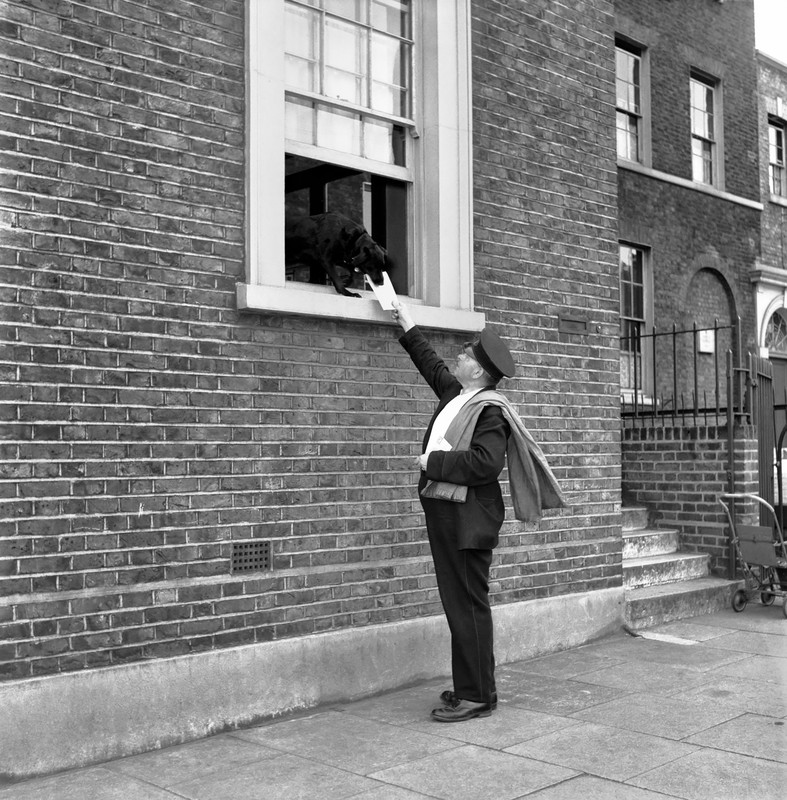 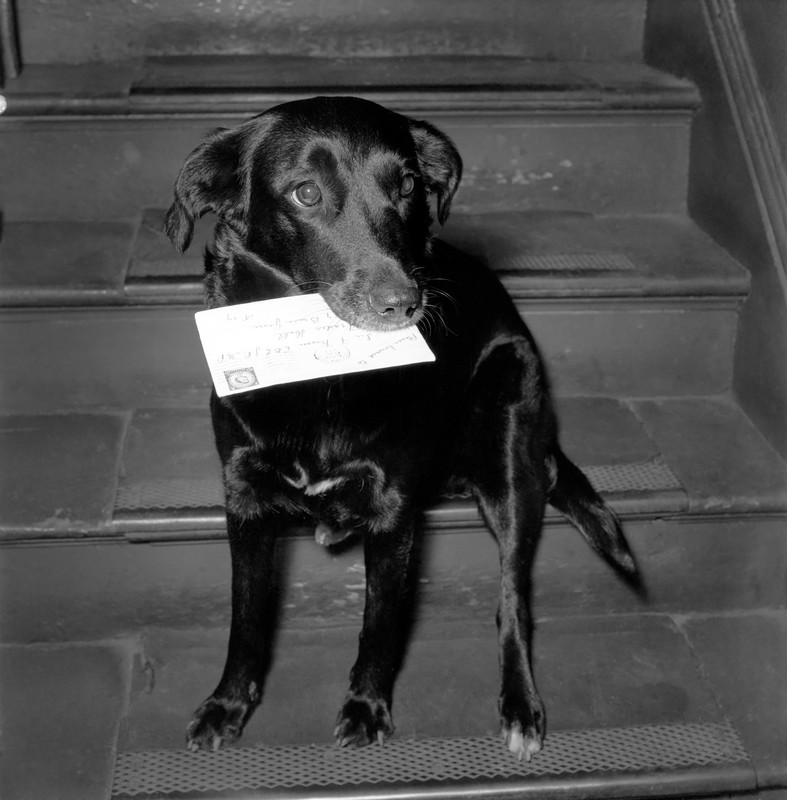 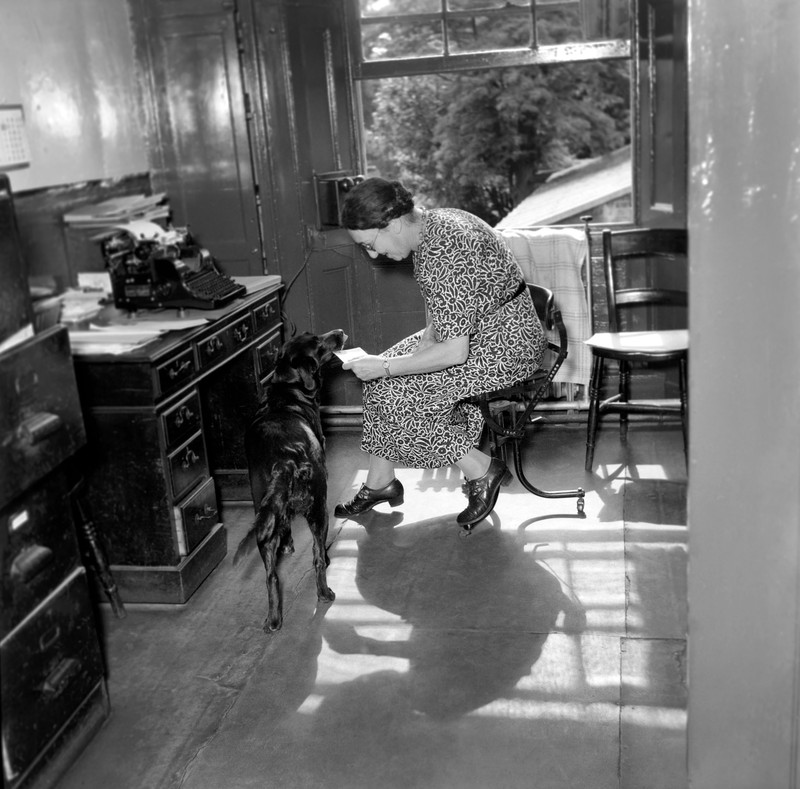 Sam belonged to Miss Archer who was a typist at a M.A.P factory in the UK in 1943. He had a vital role to play in the office because Miss Archer was blind and he helped her to move around. 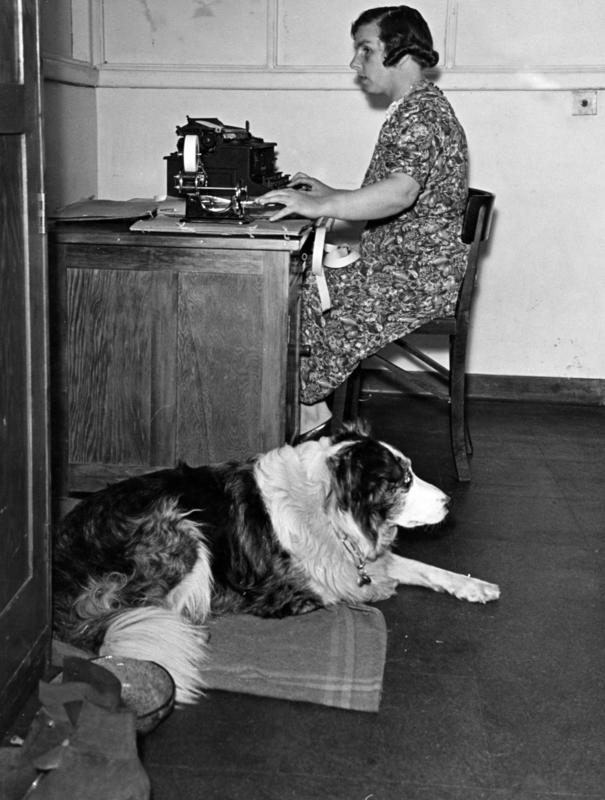 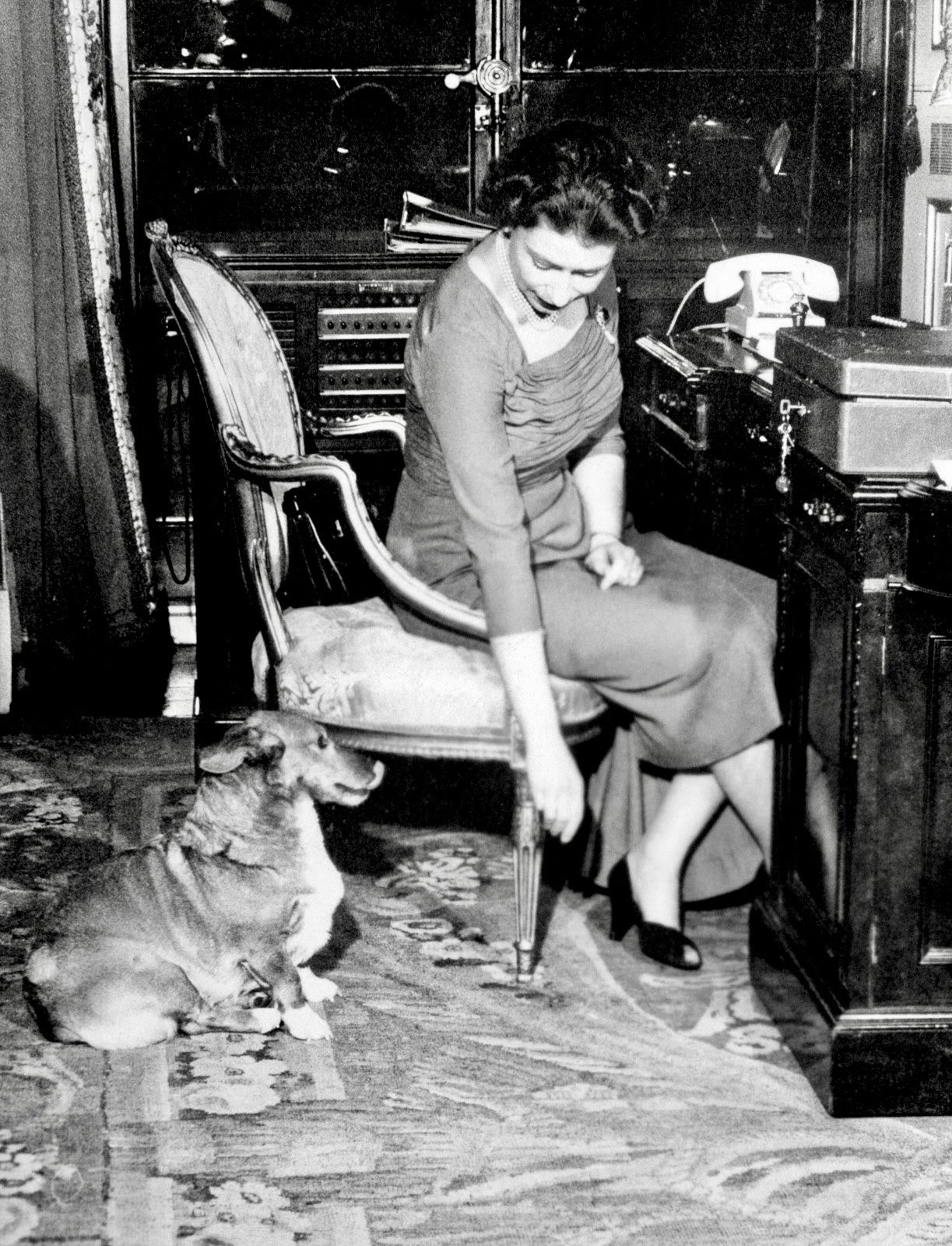 The Queen has long been associated with Corgis after she was given a dog named Susan by her parents on her 18th birthday in 1944. She looked after her pets whenever her schedule permitted, mixing their feed with a spoon and fork, from ingredients brought on a tray by a footman. It was said that if the Queen came in wearing a tiara, the Corgis would lie glumly on the carpet but if she was in a headscarf, they knew it was time for a walk. In April 2020, the Royal Family Twitter account marked national pet month by sharing a picture of Her Majesty taking a break from her red box reading to check on one of her many Corgis. 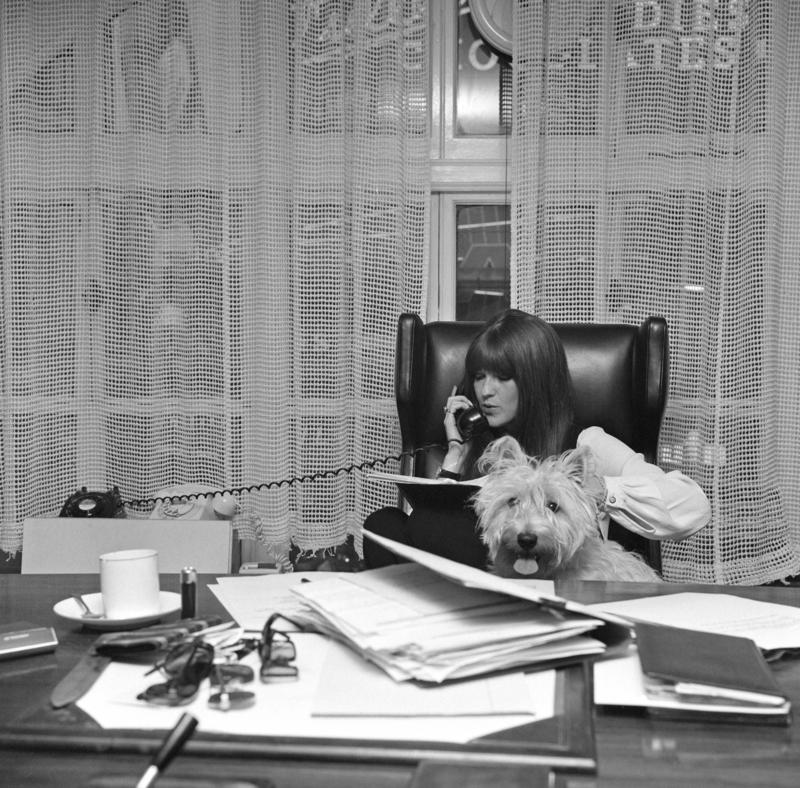 TV personality and Ready Steady Go! presenter Cathy McGowan posed with her dog in 1968 while he waited patiently for her to finish a phone call in her office. McGowan and her partner Michael Ball still love having dogs around, with Danny and Dylan the latest in their long line of Tibetan terrier pets. 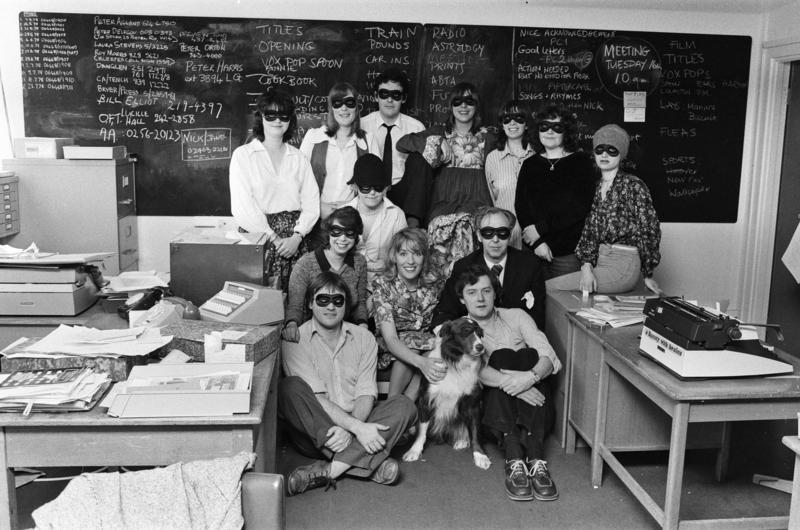 Esther Rantzen had an office dog during at least some of the 21 years she hosted That’s Life on BBC1. It was pictured in 1978 with her staff - most of whom were wearing masks because of the undercover work they did for the show.

The programme had a reputation for being dog-friendly with one stand-out star, a talking dog called Prince who appeared in the late 70s and could say the words “Elvis”, “Esther” and most famously “Sausages” on command. 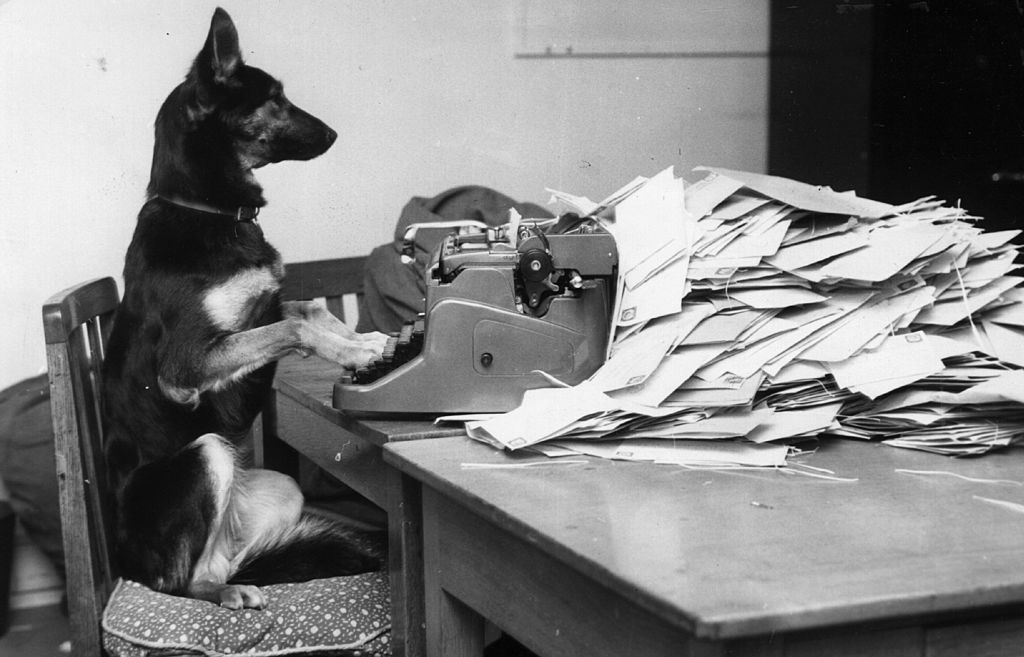 Petra was the first Blue Peter dog - and answered a lot of the BBC children’s show fan-mail, if the picture above is anything to go by!

Petra appeared on Blue Peter between 1962 and 1977, and the idea was that she could be a pet for all the children who were unable to have their own. Petra’s training and antics on the programme were eagerly followed by thousands of fans. She is immortalised with a statue in the Blue Peter garden.

Meet the dogs who couldn’t keep their paws off the desk... 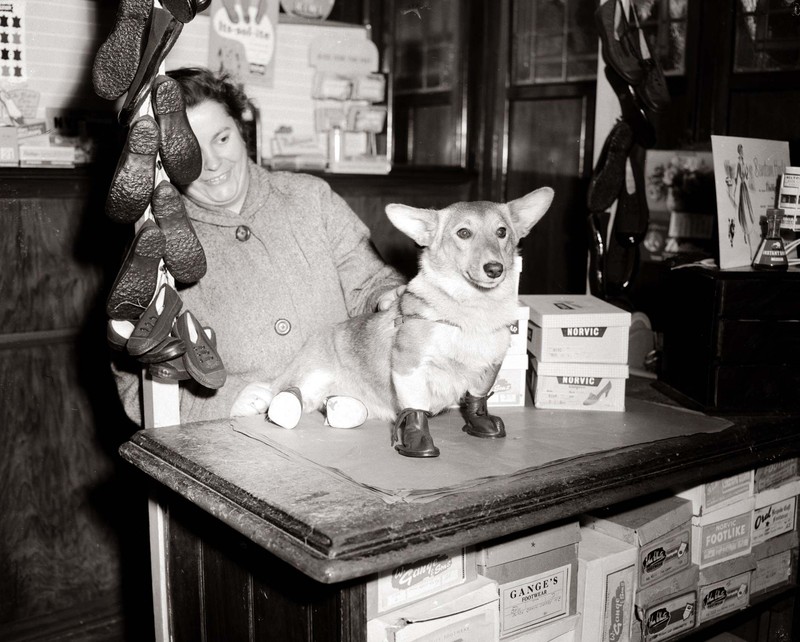 While we’re not sure if this Corgi actually worked in this shoe shop, the picture of it from 1958 wearing hand-made surgical paw boots suggests if it didn’t help at the counter, it certainly played a role in advertising the quality and sturdiness of the footwear on offer. 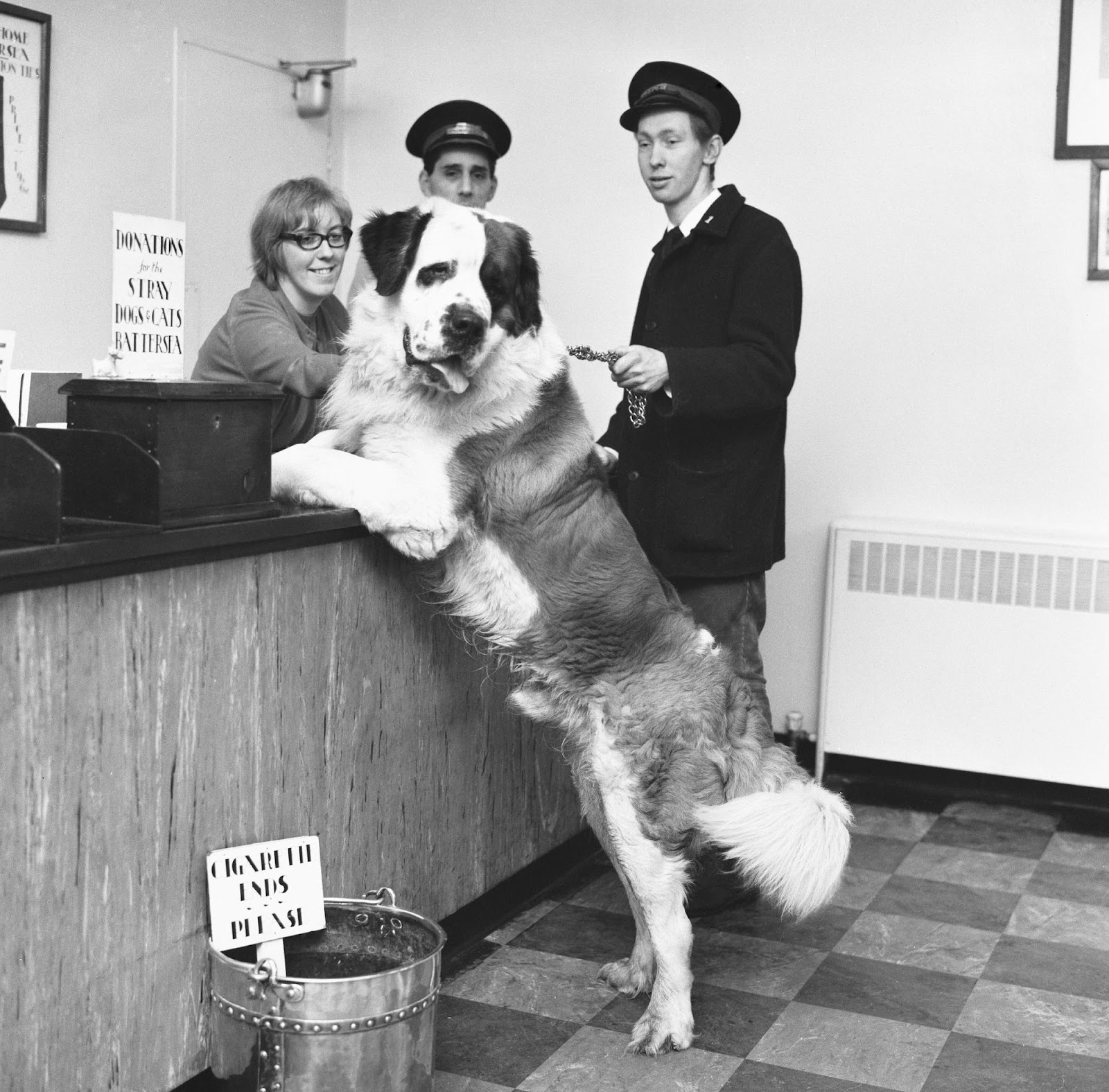 And finally, this St Bernard was an unusual rescue for the staff of Battersea Dogs Home in 1970 but looked like he was settling in to join the front desk staff. The giant dog was thought to be only a year old when he was found wandering the streets of London without a collar at a time when the breed was very rare in the UK. They described him as fit, well-bred and “too big to be lost”.