Where are they now? The crime-busting police dogs enjoying life in retirement | TeamDogs

Some of the most incredible members of the police force have uncovered thousands of pounds worth of drugs and cash, travelled miles on foot to catch criminals and ensured public safety at major events.

These crime-busters have four paws, waggy tails and wet noses, and are a valued member of the team that keeps our communities safe.

So, what happens when a police dog retires?

Many will go on to live with their former handlers at home, enjoying the life of a regular dog, others will find forever families where they can explore the world and live the rest of their lives as a pet.

But when a police dog calls it a day, the force is no longer responsible for their welfare costs, meaning it's down to the new owner to financially support them.

A newly-launched charity is supporting former Gwent Police dogs, in Wales, and raising money to help support their welfare requirements.

The Retired Police Dogs of Gwent are set to offer financial support for unexpected large bills, and alleviate the stress of unforeseen vet costs in a bid to repay the dogs for their hard work and dedication.

Here are 12 of the dogs the charity is supporting, what they did on the job, and where they are now: 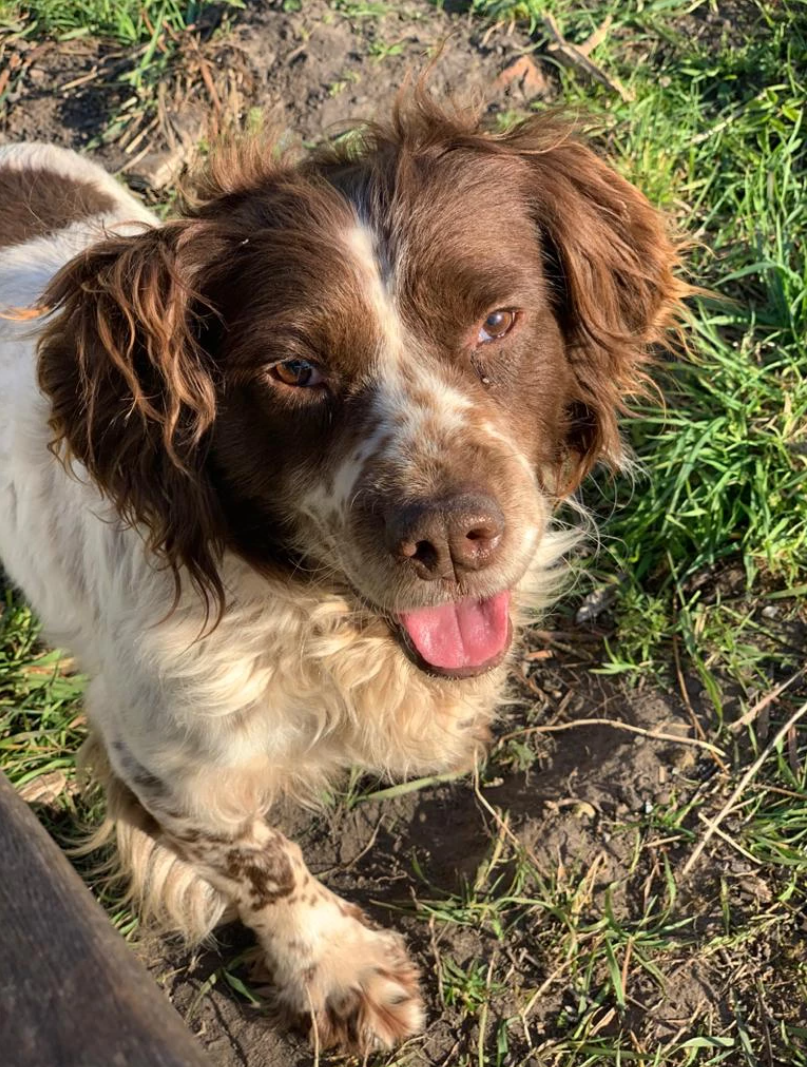 Taz, is a former drugs, cash and firearms search dog, who retired from the force in March this year.

The 11-year-old springer spaniel had a long and successful career with Gwent Police, even working past the usual retirement age to show the newbies the ropes.

Taz - who had some of his best results on the job in his later years - has now retired to his handler and loves home life.

He enjoys long walks and fetching balls, followed by a snooze by the fire and playing with his owner’s chickens! 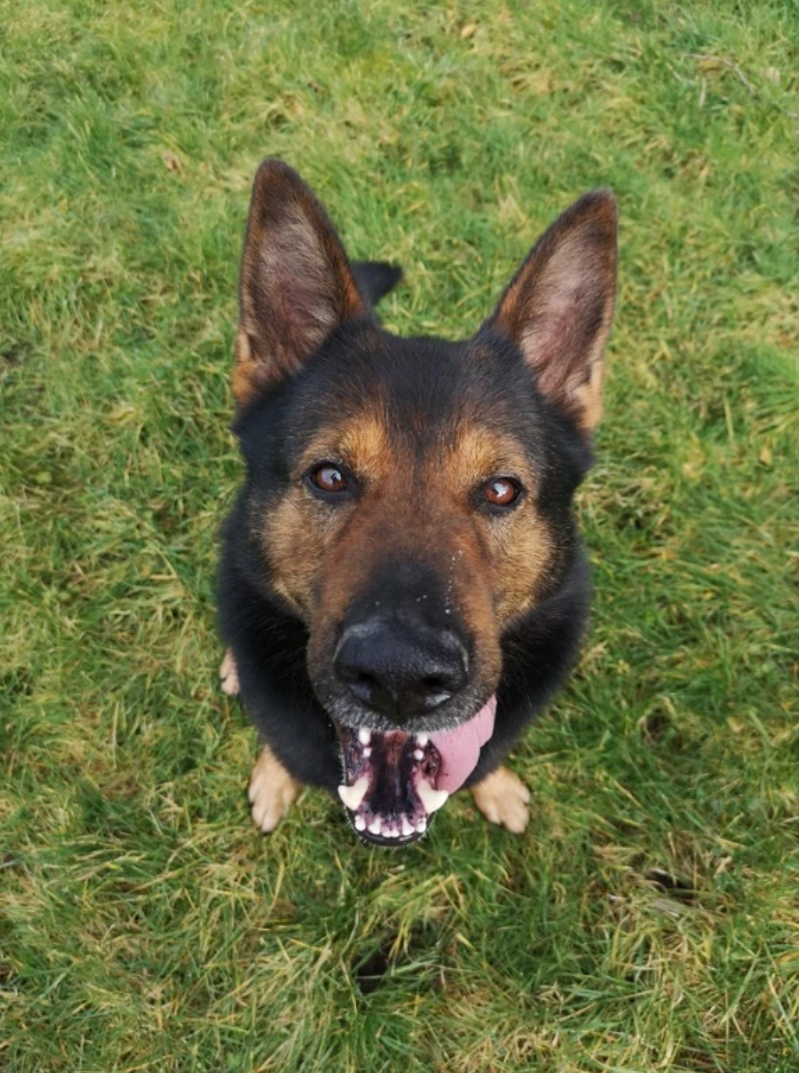 German Shepherd Taylor was a general purpose and firearm support dog from 2015 to 2021.

He arrived at Gwent Police from the West Midlands Police puppy programme, and was trained before his first birthday.

He was a great tracker with his nose constantly to the ground, and even won awards, qualifying for national trials in Surrey!

The six-year-old had to retire early due to arthritis and a suspected cruciate problem.

Since retiring in January, he has been living with retired police dog (RPD) Buddy, and loves adventures. 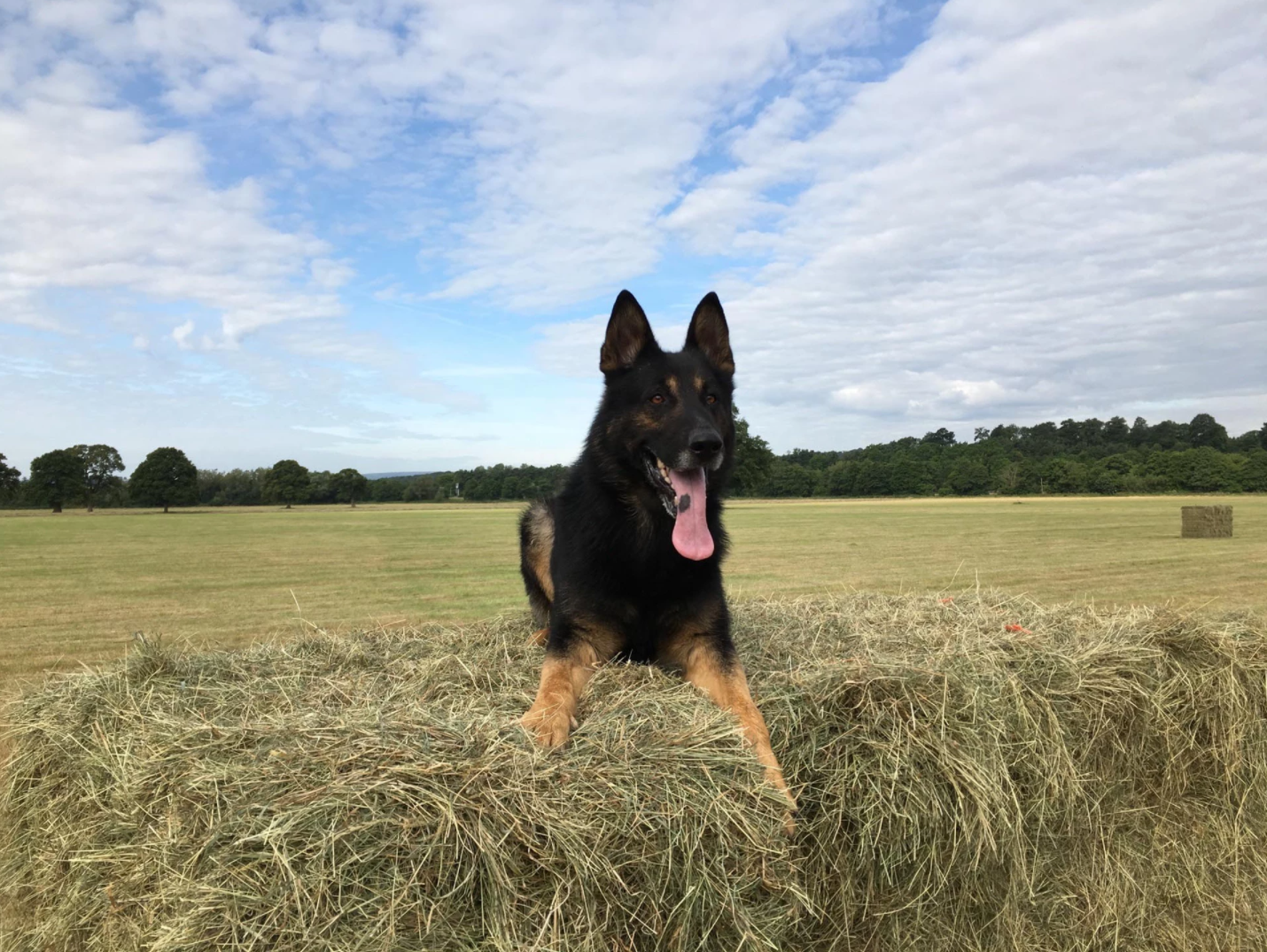 The seven-year-old German Shepherd was bred by West Midlands police, and was responsible for tracking and locating countless offenders and their ill-gotten gains, as well as vulnerable people in need of help.

Noah has won trophies for being the best tracking dog, best person searching dog and best property search dog and competed in the National Police Dog Trials in 2019.

He was even awarded the coveted Team of the Year trophy for the Gwent Police Dog Section in 2017 thanks to his operational successes.

He retired in October 2020 and quickly became acquainted with the comforts of his handler’s living room. 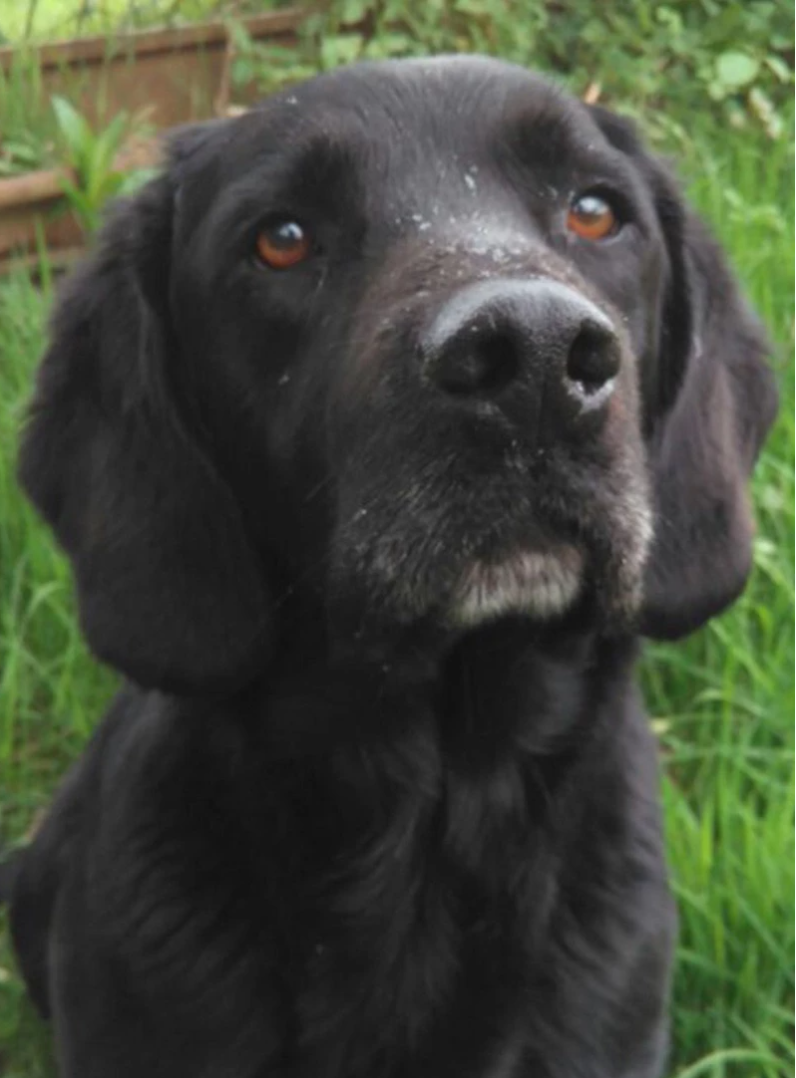 The 11-year-old Springador was donated to Gwent Police by a local family in 2019. After checking he was suitable to be a police dog, he underwent his training course to become a drugs, cash and firearms dog.

Eddie was renowned for taking life at his own pace but possessed a massive appetite for work - and mischief!

During his time on the force he tracked down huge amounts of cash and drugs, but his career highlight came in 2012, at the London Olympic Games where he was tasked to search Wembley Stadium for the semi-finals and finals of the football. 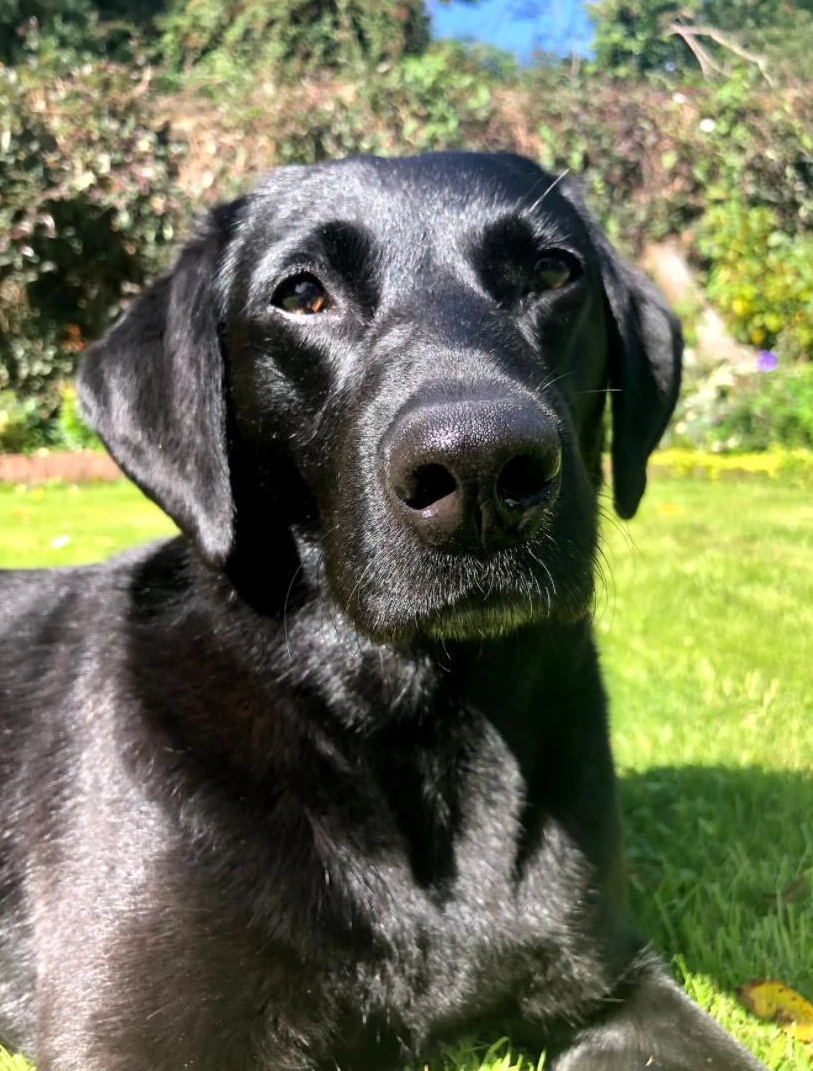 Former explosives search dog Breeze’s first job was being deployed to the 2014 Commonwealth Games, in Scotland, quickly followed by a stint in Northern Ireland during the Orange Parade Marches. She was then deployed back home to Gwent to assist with the NATO Summit to ensure all dignitaries were safe during their Welsh visit.

The nine-year-old Labrador was gifted to the force by one of Gwent Police’s handlers who saw bags of potential in the pooch. She took an early retirement in 2020 to be with her handler, and lives with them at home enjoying walks, swimming and getting all the food and treats she can get her paws on. 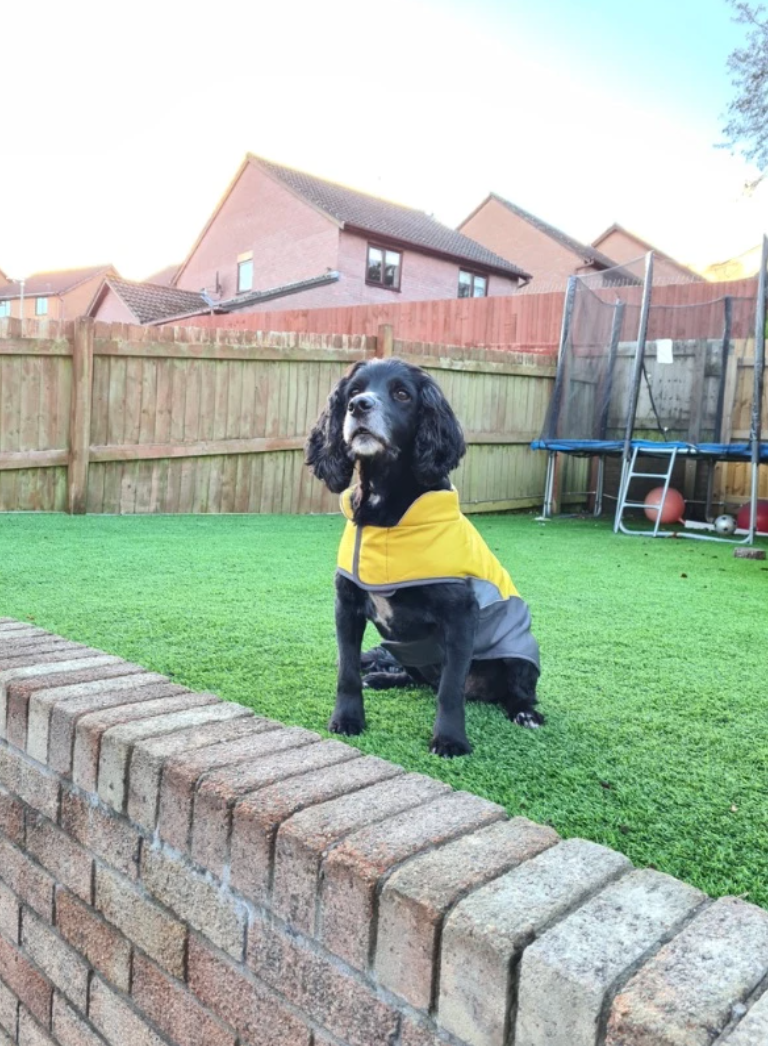 Buddy the working cocker spaniel served with Gwent Police as a drugs, cash and firearms dog for nearly a decade.

He was gifted to the police by a Cardiff family in 2011 as a bundle of energy with some real police potential, and flew through his initial training course before going on to discover scores of drugs and cash.

He received a Chief Constable’s commendation and team of the year award with his handler for his work within the first few years of his career.

Buddy retired in 2020 when reaching normal retirement age and a short scare with cancer, he lives a very happy life with bestie RPD Taylor and handler.

Now he loves to ignore his handler and only has eyes for his mum and anyone willing to give him food. 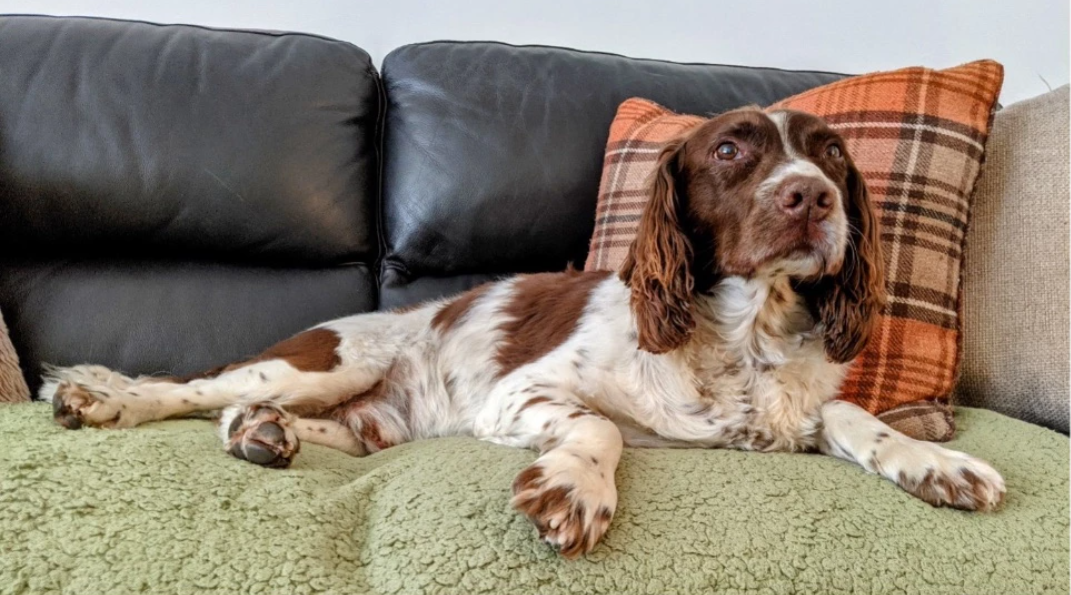 Charlie was rejected from the Prison Service for being ‘too crazy’ whilst searching, so joined Gwent Police instead!

The 10-year-old English springer spaniel undertook a training course in 2011, and after some work, he soon calmed down to become a brilliant drugs, cash and firearms dog.

Not long after passing his initial course RPD Charlie accompanied his handler to London in 2012 to help search areas for the London Olympics, including Wimbledon (which turned out to be a tennis ball heaven) and Horse Guards Parade.

During his career, Charlie uncovered thousands of pounds worth of drugs and cash. On one job, he located a pillowcase containing approximately £80,000 cash in a wooded area.

The talented pooch retired in 2019, and has taken to retirement life really well. Prior to lockdown, Charlie would regularly be seen in local beer gardens sitting patiently waiting for food or crisps to accidentally ‘fall’ in his direction.

Charlie is still in good health and enjoys playing and sniffing with the workers who still live outside - PD Wasp and PD Maize - telling them how great retirement is. 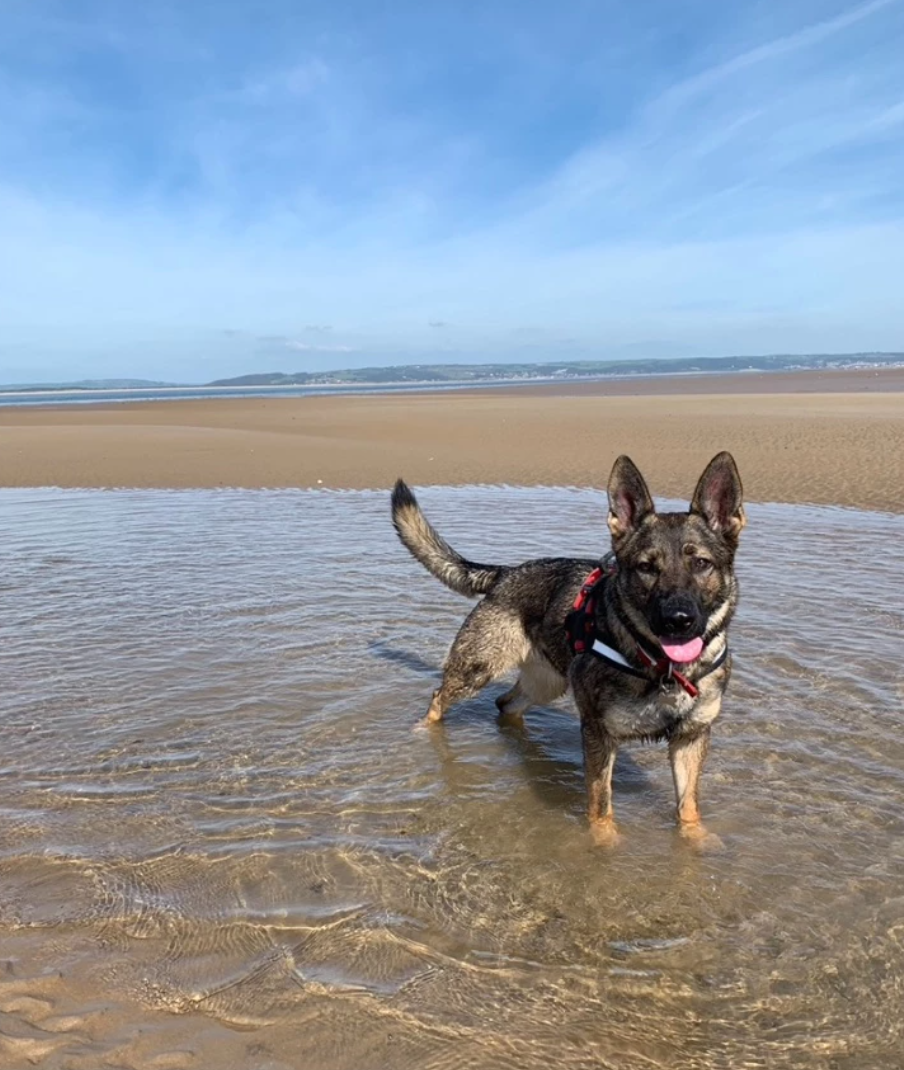 Four-year-old German Shepherd, Sophie was a ‘feisty madam’ in her years serving with Gwent Police. But the sassy shepherd had to retire just one year after passing her training course due to a medical condition.

The general purpose police pup loves a game of tug-o-war and chasing tennis balls in her new home with a forever family. She loves playing on the beach, and causing mischief with her new human baby brother. 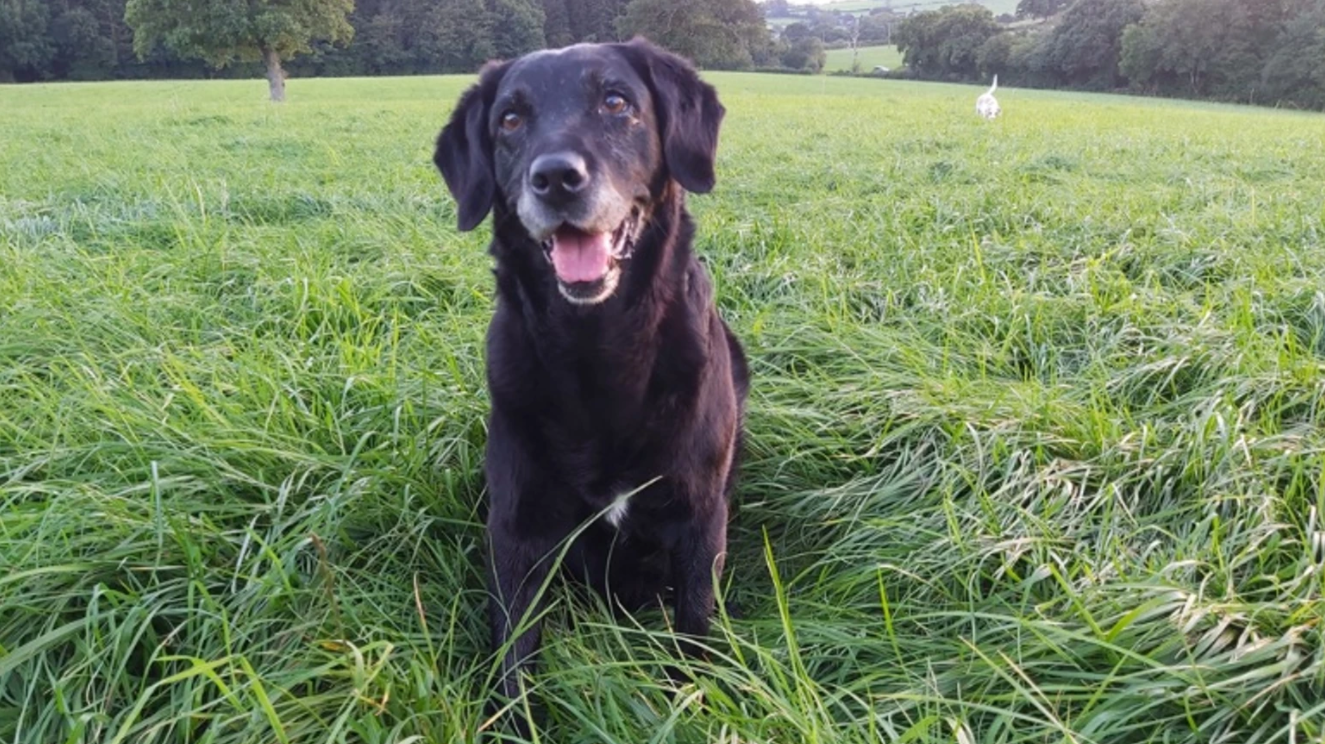 Bewt the springador served as a specialist search dog at Gwent Police from 2009 to 2018.

She was originally gifted to the force by a family who could see the working potential in her.

Bewt enjoyed a successful career locating drugs, cash and firearms, but had to retire due to health issues, so now enjoys a slower lifestyle at home with her retired former handler.

She now spends a lot of her time sleeping, but is partial to short walks and tennis balls, with a rescue beagle-cross housemate for company. 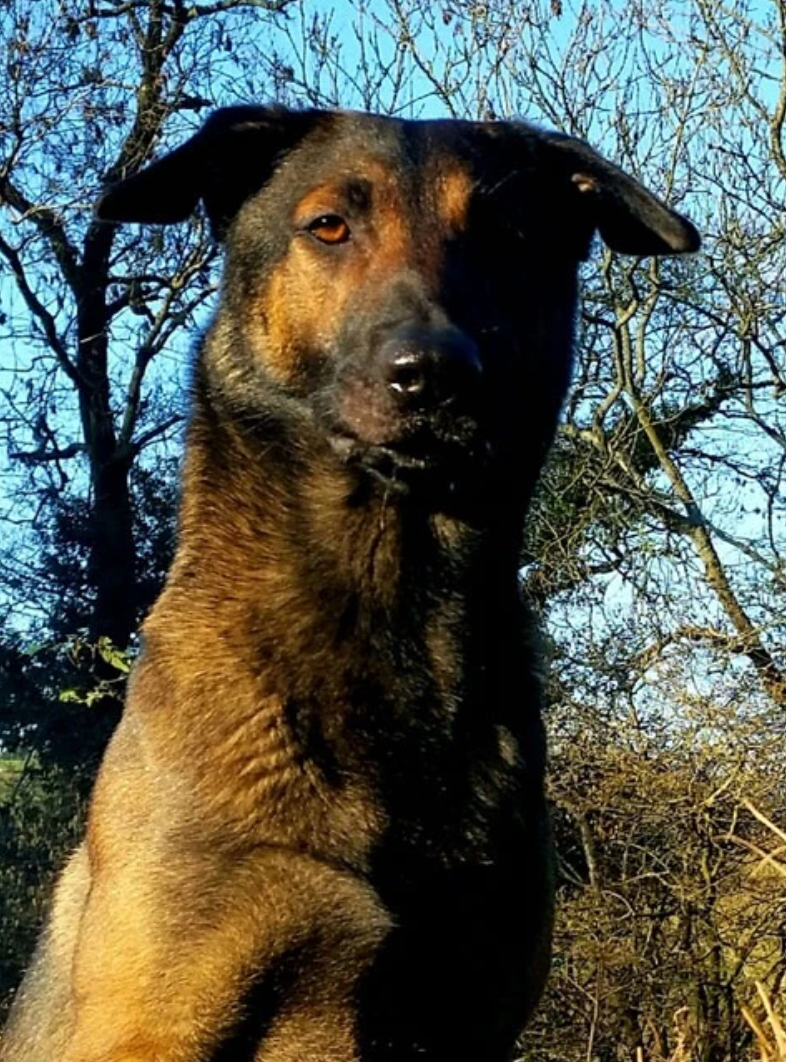 Within two weeks, the dog was already on his initial training course, and served as a successful general purpose and firearms support dog for five years.

During his career, he apprehended many criminals, located many missing people and found items of evidential value, far too numerous to remember!

He also assisted at many public order events and his powerful stare was a great deterrent.

Uzo joined his handler in retirement, and now lives in Pembrokeshire where he’s met a girlfriend - a German Shepherd crossed with a Rottweiler called Narla. 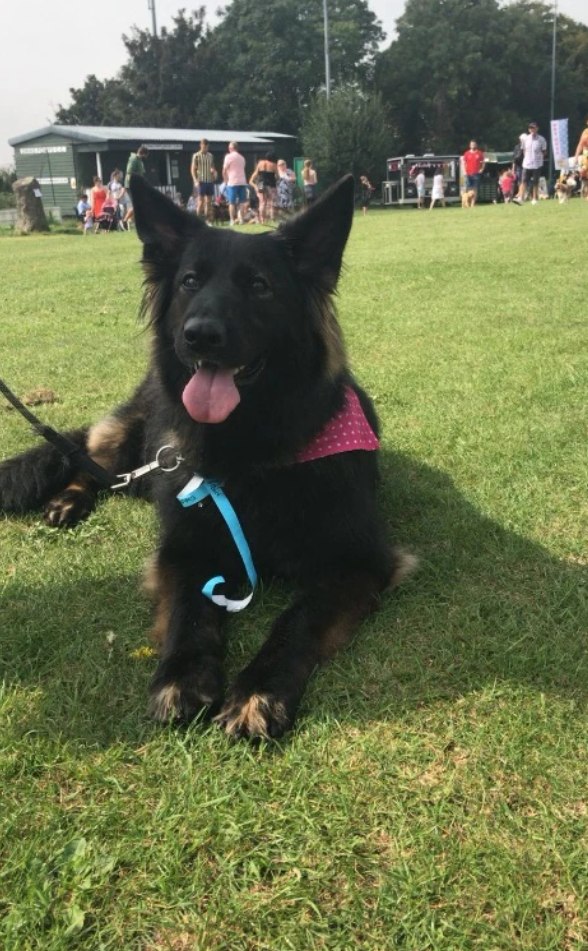 Criminal catching Krissy was a part of the West Midlands Police dog breeding scheme, and showed great abilities from the start.

She was licensed and hit the blocks running by catching a violent offender on her first night shift with her new handler.

Described as a ‘big dog with a big heart’, she also has a big presence with lots of enthusiasm.

On one occasion Krissy impaled herself on a fence but continued tracking on to locate the suspect and on another job, she tracked for around three miles across moorland in hot conditions, locating a career criminal from a stolen car.

Krissy has a huge love of people, which is one of the reasons she had to retire early - she was just too nice to deal with aggressive volatile criminals and it proved stressful for her.

She is now settled in retired life with her forever family and lives a fantastic life. 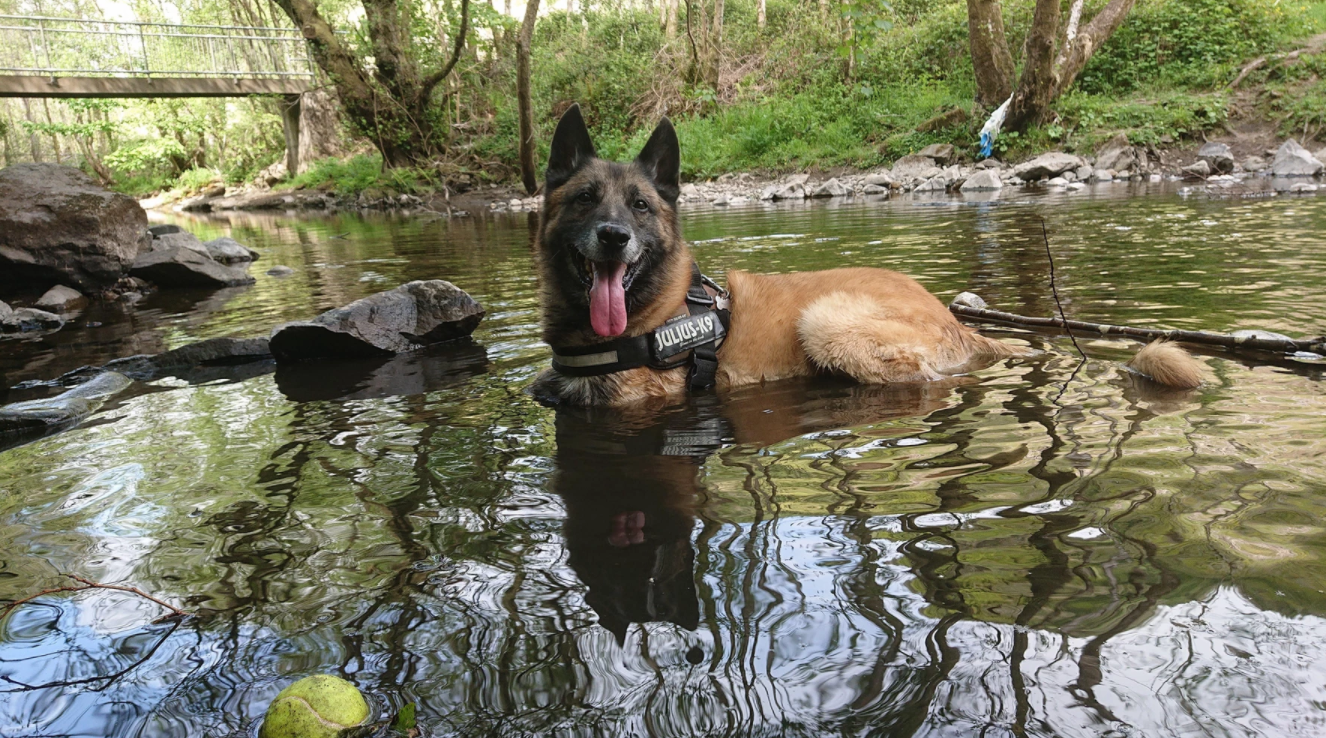 Ex-general purpose and firearms support dog Benny served at Gwent Police from 2010 to 2015, and loved protecting his handler - and helping uphold the law.

He retired in 2015 due to health issues and now lives with his new adopted Dad.

Nicknamed ‘the Benjamin Button’ of the canine world due to his energy, his age is finally catching up with him. He’s been diagnosed with degenerative myelopathy on top of arthritis on forelimbs, so is starting to slow down in his home life.

He enjoys shorter walks, Sunday dinner at the grandparents, as well as a dip in the river and regular physio. He can often be found with a tennis ball or a stick in his mouth - or bothering someone for a treat!